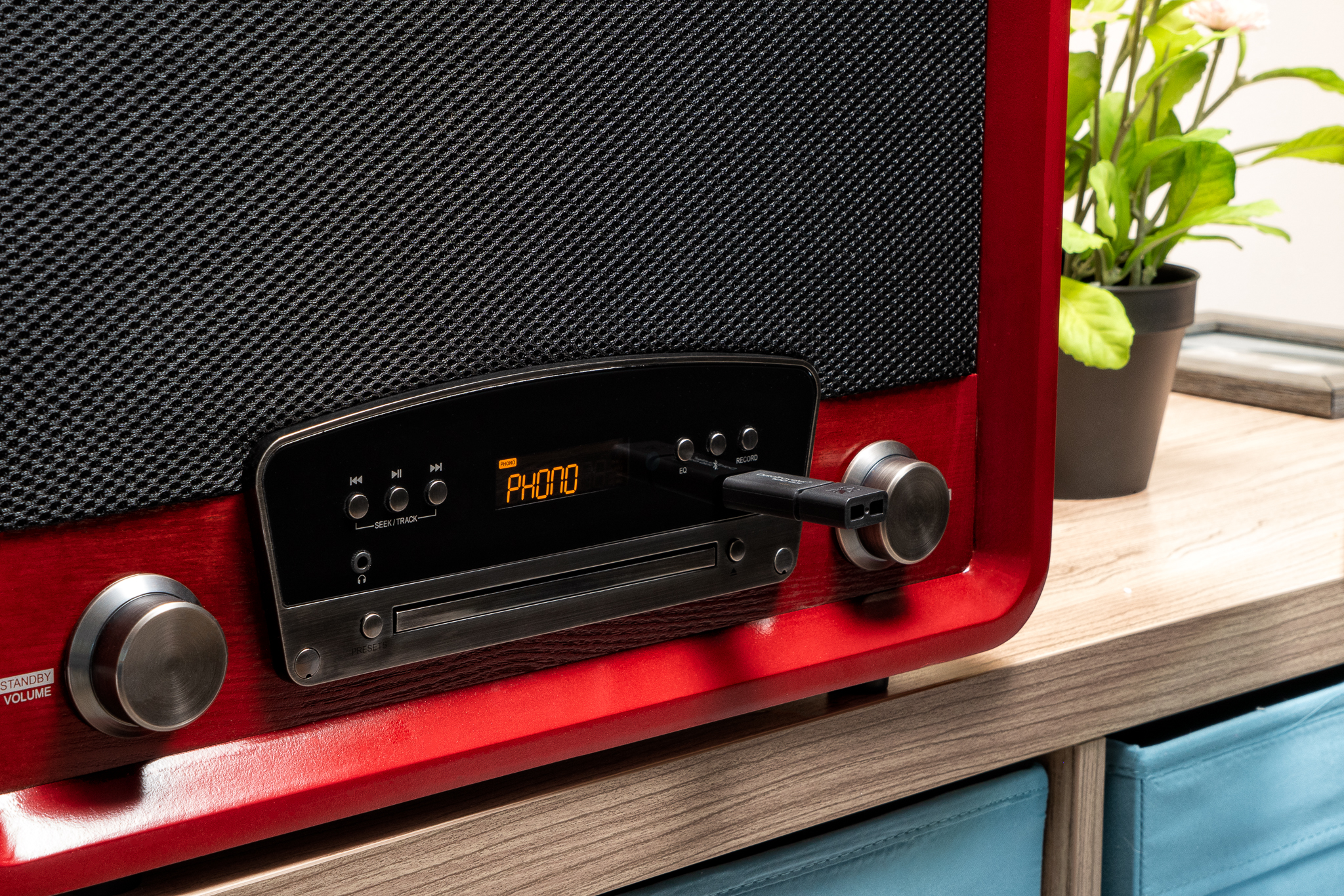 Benefits of Ripping Your Vinyl to MP3

That title alone may scare some people off. Vinyl + Digital? Sacrilege! That feeling is fair as we of course praise the joy of the vinyl listening experience. For many of us listening to vinyl is THE way to listen to our favorite albums. There are however some benefits to ripping your vinyl to MP3. The two biggest benefits are preserving them, and making the music convenient to listen to on other devices.

Digitize and Preserve Your Vinyl Collection
The biggest reason for vinyl to MP3 recording is purely for backup reasons. Many of us amass a large collection of records that almost represent ourselves via our musical identity. Heaven forbid something happens, floods, natural disasters, some burglar snagging your 1969 Abbey Road pressings, you name it. It can he handy to have a digital backup of those albums just so they are not lost forever. A record can also become compromised with an accidental scratch. No matter how careful we are in handling our records, accidents can happen.

Rip Your Records For On The Go
This argument might divide the room, but realistically many of us music enthusiasts take music on the go, whether that be in the car, to the gym, etc. While perhaps being most enjoyable, records may not be the most convenient way to listen to music all the time. For practicality purposes there will be other scenarios where playing music from a digital source, such as a phone, just makes more sense. You may be thinking, why wouldn’t I just find it online? That is not always an option.

Reasons to Digitize Your Vinyl Collection

Rip Your Rare Records
Music streaming platforms may not have access to your favorite versions of an album. Whether that be a live performance, or particular pressing that has a different sound than the standard streaming version. Streaming versions will also lack any fun messages hidden in a lock groove. Long story short, there are some rare records that might be handy to have a digital version of.

New Extended Edition Records
We’re living in a golden age of new vinyl releases where artists are releasing never–before–released extended edition albums, alternate takes, remixes, or other music that again does not appear on any streaming platforms or digital releases. While many new albums do have download codes, some licensing agreements don’t allow for a digital version to be included. It’s nice to have that new album available to listen to anywhere.

Digitizing Smaller or Local Bands’ Albums
There are numerous artists from past decades that were able to muster together a small record run, but their music never reached a wide audience. There are some amazing gems in people’s collections that feature the music of some unknown artists or even friends who put together a small release. These are the types of albums you simply can’t re-purchase at a record store or Discogs if your original were to become damaged.

In the end we all have our own music listening preferences. Whether we want to sit down with a nice drink and get lost in the performance of a vinyl record, or we just want to hear our favorite jams while out doing errands, it’s nice to have access to your entire music collection. Enjoy the piece of mind you have with backups of your precious albums, but still getting to enjoy them in the ultimate form… on a turntable.

Digitizing Records with Vinyl to USB Recording
In taking on the project of digitizing vinyl records there are a few methods available. Many involve numerous components and additional computer software.

Our flagship music system, the Electrohome Kingston allows music lovers to record/rip their vinyl records and CDs to MP3. Easily and conveniently preserve your music collection onto a standard USB stick with the touch of a button. 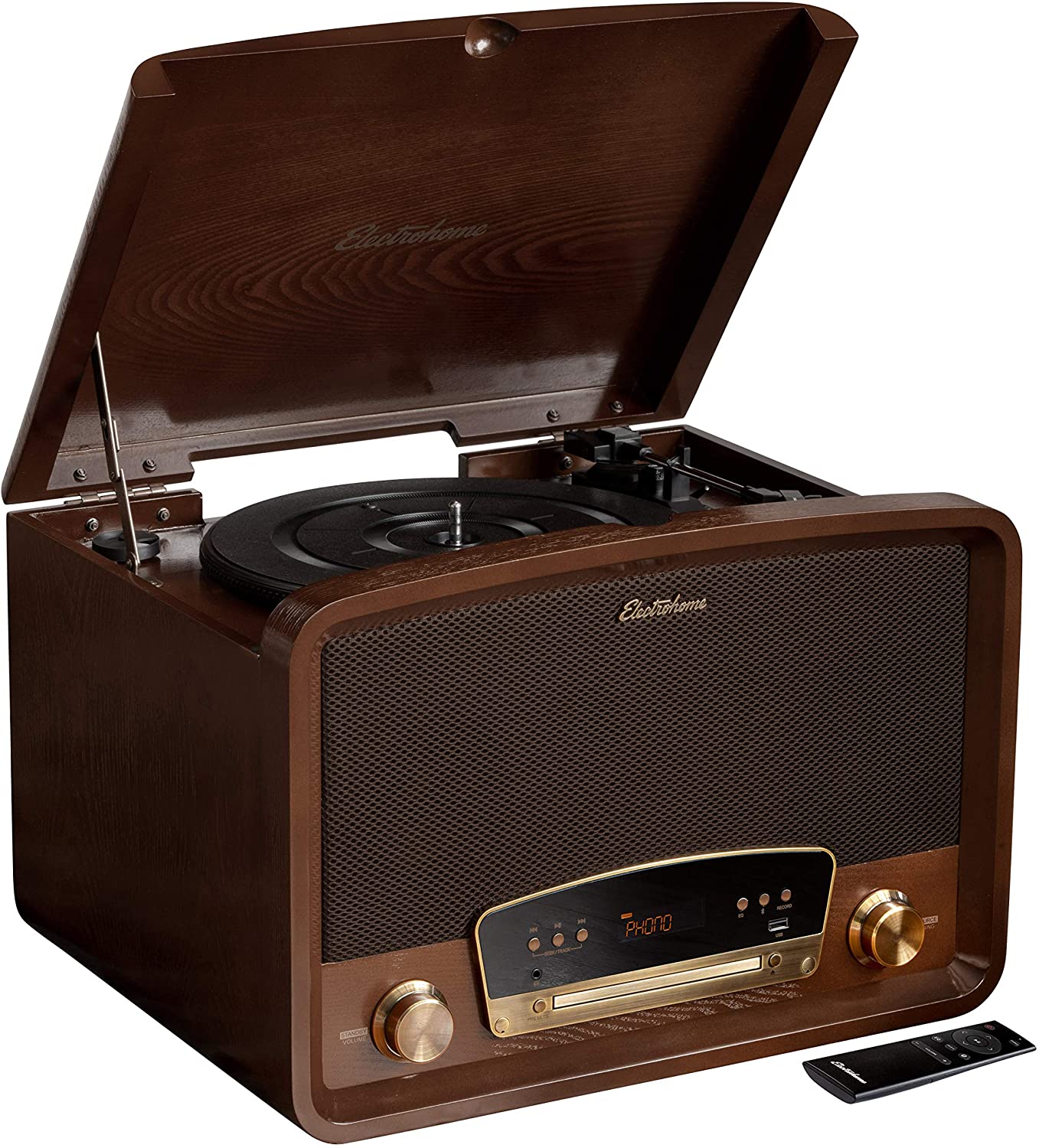 Jack of All Trades – Brendan Frye of CGMmag ... Brendan Frye of CGMmag Online provides an in-depth look at the features of the Kingston 7-In-1 Record player and shares his opinions. Read the full...
Sounds Guys Reviews the Signature Series Record Pl... Sound Guys Reviews the Electrohome Signature Record Player. https://www.youtube.com/watch?v=SAja6Tgh0Vk Read the full review on Sound Guys  ...
How to Set Up Your Electrohome All in One Record P... https://www.youtube.com/watch?v=OeQyWaTYGV0 In this video, we take you through the process of setting up your Electrohome All in One Turntable for ...
How to Record Vinyl Records to USB/MP3 – Ele... https://www.youtube.com/watch?v=CO3I7sdmi-o This how to video tutorial will give you know the know how to rip or record your vinyl to digital MP3s!...