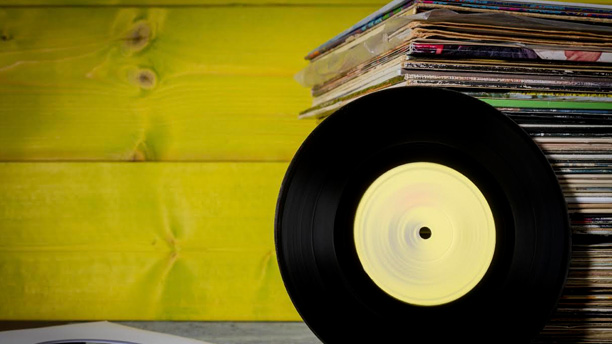 Gloryhammer – Tales From the Kingdom of Fife Review

“The Prophecy is written-Dundee will fall!”

With that line, a message is sent to listeners. “Get ready for an all out power metal ride!” Now, bands like Gloryhammer have gotten quite the interesting reputation over the years. Described as “corny, lame, wannabes, pathetic, epic, brilliant, untalented,” and everything in between, these bands power on(pun intended). I could go into an incredibly long rant as to why power metal bands aren’t deserving of the demeaning criticism they often receive, but that’s not why I’m writing this. This is about Gloryhammer and their debut album, Tales From the Kingdom of Fife. Gloryhammer is a Scottish-Swiss “epic” power metal group that was formed by Christopher Bowes(lead singer of Scottish metal band Alestorm-check them out). Each member of the group appears on stage as a character from the epic stories their music tells.

When I first heard these guys, I was instantly enthralled. I had been a fan of Alestorm and found these guys based on my “likes” on a streaming music source. I was hooked after the first song popped up. I won’t get into a bunch of details, but let’s jump into the album and see what I have to say.

The album starts out with an orchestral composition that gives the aforementioned line declaring mighty Dundee’s fate. It’s a great scene setting track with very effective use of minor to major harmony progressions to give the feel of the beginning of an epic quest. From there we dive into an amazing driving guitar riff declaring the metal intentions of Gloryhammer. Winkler’s vocal range is on display along with drumming that will have you headbanging along with it. We get introduced to Zargothrax(Bowes) and his invasion of Dundee. The lyrics may be a bit on the crazy side, but let’s be honest, this is power metal. A nicely fitting guitar solo leads us onto one of my favorite parts of this track, a modulation. Very minor detail but powerful when used here. What a track to set up the album. This is the first track I heard from Gloryhammer and it is still my absolute favorite. Making a metal song about unicorns is insane and they pull it off.

From there we get introduced to Angus McFife(Winkler) and his mighty quest. Now this is not a group that you will get screaming from(although Winkler’s range creates and scream like high end that fits amazingly well). The entire album brings you into a story from beginning to end and you get to hear the tale unfold. The one “ballad” on the album is a great change of pace and brings it all together. We get a finality to the story as the album comes to a close that leaves you satisfied. I don’t want to describe every song, check it out for yourself!

All in all, I may be biased, but this is a great debut. There are many “metalheads” out there that have ripped Gloryhammer apart for being over the top and cliché. For me, that just adds to their appeal. The music isn’t anything incredibly new, but the mix of the metal aspects along with Bowes’ keyboard work and Winkler’s vocals create a stellar tale told in the most harmonic of ways. If you enjoy power metal, hard rock, any kind of music, give this a shot. Tales From the Kingdom of Fife gets a solid two thumbs up from me.

Rock on and find your groove.

Electrohome’s Top 10 Artists from the 1980’s Here’... The results are in and the people have spoken. The King of Pop, Michael Jackson, has officially been named as the best artist of the 80’s, according t...